Dear Science, Are You Flavoring My Beer?

By Unknown October 25, 2012
It's impossible for traditional crafts to exist in a vacuum, isolated from the innovations and discoveries of the modern world.  Brewing is no different.  It's a craft rejuvenated by home brewers returning to the traditions of the past, and entrepreneurs who followed their passions into a battle against Goliaths of commerce and misconception often romanticizing the individual artisan while celebrating the greatness created when the brewer's art embraced industry in Bohemia, Britain, and Germany.  The pace of scientific discovery and technological change has only hastened.  Today scientific discovery and technological improvements are influencing beer through its ingredients, brewing processes, and marketing. 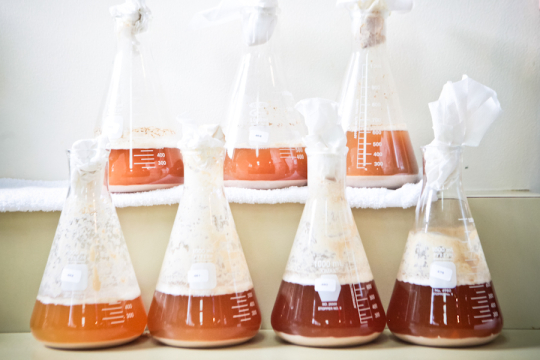 Technological changes to beer ingredients are both the most frightening, and the most exciting sources of science driven innovation available to the modern brewer. While a good beer may be transcend the qualities of its components, it's difficult to artfully mask flaws in water, grains, and hops.  The yeast and other organisms responsible for the fermentation must behave appropriate, or they'll introduce a plethora of off-tasting and maybe even hangover inducing compounds.

It was concerns about genetically modified barley that prompted Alan at A Good Beer Blog to question whether science had anything positive to add to the craft of brewing good beer.  these concerns are founded justly upon a history of industrial farming and agricultural strain development that established a strong precedent for trading flavor and character for per-acre productivity.  Brewers have long debated the merits and economics of two and six row barleys.  Genetic modification offers an opportunity to increase productivity, lower prices, alter flavor, and introduce complex and questionable chemicals.  Basic economics dictates that early GMO barleys will be tailored to have mass appeal, meaning to suite the needs of the big boys.  It won't be to implant some tolerable productivity or diastatic power in the genomes of your regions charmingly awkward heirloom varietals.  GMO's are a politically sensitive topic.  The questions of science are drowned by concerns about seemingly foolishness of techniques employed to increase pesticide resistance.   Pesticide resistance is commonly implemented by programing the crops to express portions of the pesticide molecule.  Those pesticide parts will never wash off.  Neither the sceintific safety or horror studies make a solid case either way.

Grains are the base of the beer.  Understandably there's trepidation around tweaking the foundations of brewing, but those concerns evaporate shortly after we walk past the mash tun.  Hops are a spicy, sexy, and dynamic ingredient.  A new beer, with a new hop is a double novelty.  A new beer with a great hop may just be the break out hit a small brewery needs to get national attention.  Interestingly, the hop growing industry is increasingly responsive to the interests of the craft beer industry.  Even traditional European growers are looking into interesting aroma varieties in addition to productivity and disease resistance.  Who could resist the spotlight American brewers shine on their products? 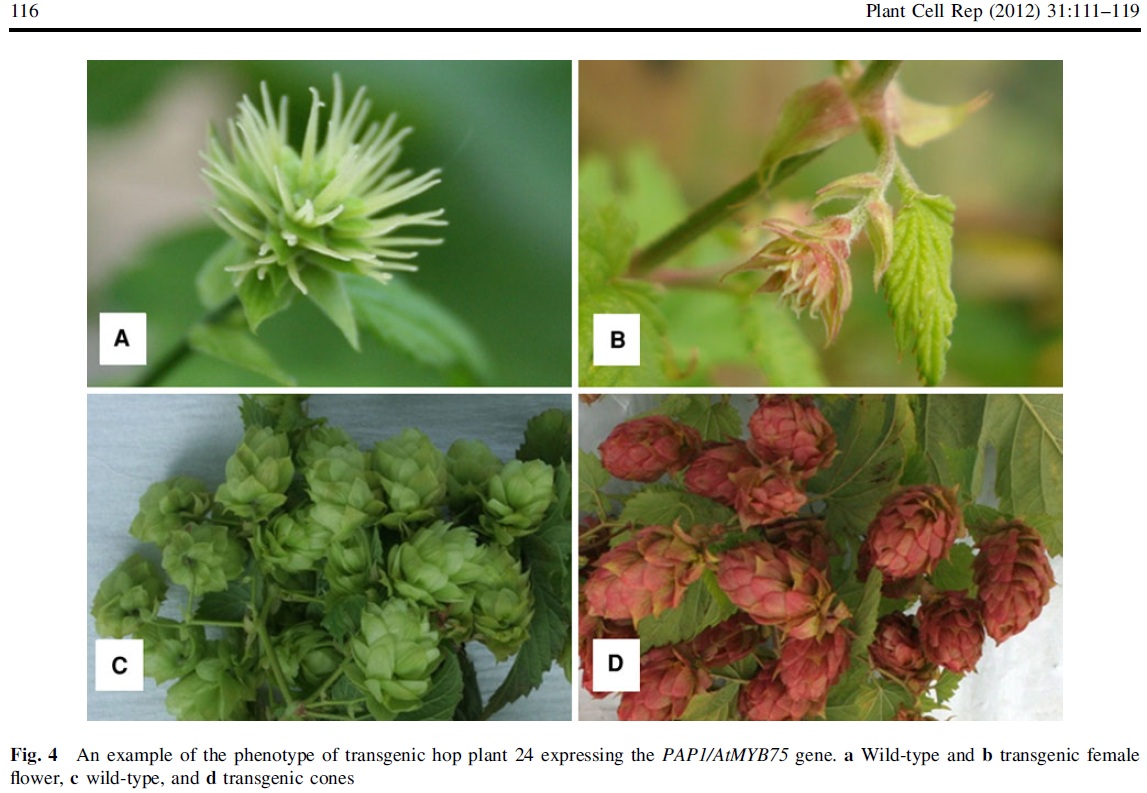 Hop strain development is a lengthy process.  Instead of relying on labs and geneticists, it's an application of the plant genetics practices developed by Gregor Mendel coupled with modern analytical chemistry investigating acid and humulone and polyphenol content.   The citra cultivar that has become a superstar in the past couple years was initially crossed in 1990.  It took nearly 20 years of development to get right.  Even the highly tradition Germans are getting into the aroma hop breeding.  The Hop research center in Huell is also screening wild hops for signs of disease resistance, and attempting to identify genes responsible for that resistance so that those genes may be transferred to existing commercial hop varieties.  Transgenic hops are currently in development for medicinal applications.  It is only a matter of time before genetics is used to tweak the expression of brewing related compounds.

The single celled breweries responsible for that miracle of science converting sweet and sticky wort into wonderful beer were unknown heroes prior to the advent of microscopy.  Plenty of exciting research is investigating the creatures that make beer.  A study of various lager strains has linked beer oxidative stability to the yeast's stress response to oxidation.  This is an interesting consideration when selecting a bottling yeast.  Yeasts fermenting high gravity beers have been shown to express protein degrading enzymes, and thus limit head retention.  Better yeast nutrition could improve the appearance of absurdly strong beer.  Outside of the lab, the PhD fermentation scientists at the Mystic Brewery are isolating native yeast strains and selecting candidates that are well suited for brewing.

Advances in water purification technology occur all the time increasing the options available for brewers to create water matching that in any brewing locale.

The changes scientific advances bring to ingredients must be considered on an individual basis based on their relative merits.  However, the American craft beer movement has embraced changes to ingredients that add to the palette of available flavors,  and flavor control.